When you build an app, you can specify that what all permissions are going to be required for the app to run successfully. You have to specify this in the App Manifest under the Permissions tab. 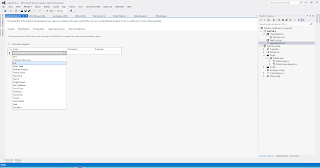 When a user installs an app, he can only grant permissions to the app up to the level which he has. So if a user has "Read" permissions on a list, he cannot grant the app "Full Control" on the same list.

2) App + User Policy: The user as well as the app permissions are taken into account. This is an AND operation. If both the user and the app have the permission to perform the action,only then the action is allowed.

3) App Only Policy: Only the permissions granted to the app are taken into account. User permissions are ignored. So even if the current user accessing the app does not have appropriate permission, the action is allowed provided the app has the permission to do so.

The App Only policy works by using a separate OAuth token which runs under the user "SHAREPOINT/App" much like SPSecurity.RunWithElevatedPriviledges() runs under the "SHAREPOINT\System" user (app pool account) in the Server Object Model.

Since OAuth is required to generate the app token, the App-Only policy can only be used in the Auto-hosted and Provider-Hosted apps. SharePoint-Hosted apps cannot use the app only policy.


To enable the App Only policy in your app, you have to add the "AllowAppOnlyPolicy" attribute to your "AppPermissions" element in the App Manifest:

Note: Although you can add this attribute to the App Manifest of the SharePoint-Hosted apps, it will be ignored as the App Only policy is not supported in SharePoint hosted apps.


Enough chit chat, lets see how we can actually utilize the App Only policy to elevate user permissions. I have written the following code in the code behind of the Default.aspx of an Auto-Hosted App:


As you can see, the ClientContext which is opened with the appOnlyAccessToken will run with the identity of the SHAREPOINT\App account. This is a very good practice to remember even when using RunWithElevatedPreviledges in the Server Object Model. You can switch on/switch off database calls with app only token. This means that if you need to make only one operation with the elevated token, then you can do that and get back to using the current user's token in one action.

The process of authenticating the .NET Client Object Model in SharePoint Online has been greatly simplified in the 2013 version. Earlier (2010), you had to go through a lot of steps for doing the exact same thing. You  had to open a web browser instance, force the user to enter the credentials in the browser and then grab that  cookie from Internet Explorer and pass it to the .NET CSOM. If you are interested, the code of the old authentication method can be found here:
http://blogs.msdn.com/b/cjohnson/archive/2011/05/03/authentication-with-sharepoint-online-and-the-client-side-object-model.aspx

You can grab all the required SharePoint 2013 client assemblies from here:
http://www.microsoft.com/en-us/download/details.aspx?id=35585

The code is as follows: