I have been working with Cosmos DB for a while now and until recently, there was one thing which always annoyed me: When updating a JSON document stored in a container, there was no way to only modify a few selected properties of the document.

The entire JSON document had to be fetched by the client first, then locally replace the properties to be updated, and then send the entire document back to Cosmos DB and replace the previous version of the document.

This was always a challenge because first, it added more work for developers and second, there could be concurrency issues if multiple clients could be downloading multiple copies of the document and updating the data and sending back their copy.

But fortunately, now it's possible to partially update a document in Cosmos DB and basically do a PATCH operation while only sending the properties to be changed over the wire. 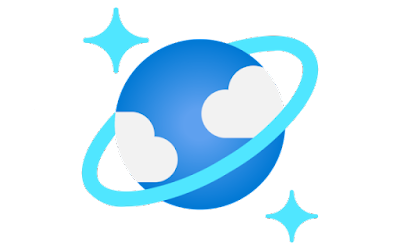 So in this post, let's have a look at the different ways in which we can partially update documents in Cosmos DB:

Setting up by creating a Cosmos DB document

First, we will create our sample document using code. I should mention I am using v3.30.1 of Azure Cosmos DB .NET core package from nuget: Microsoft.Azure.Cosmos

As you can see this is a simple document representing a User object with a few attached properties: 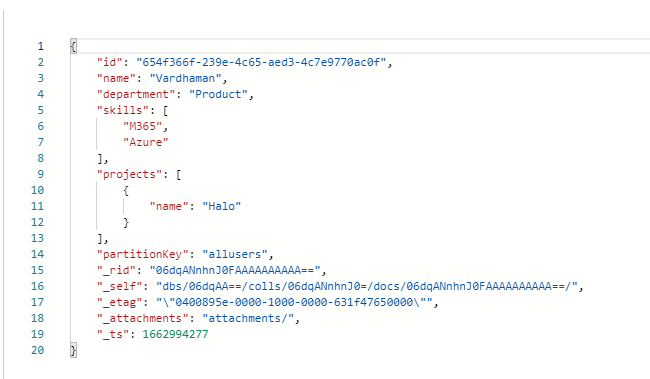 Now in order to only change a few properties in the object, we need to use the Partial document update feature in Azure Cosmos DB

Now lets have a look at how we can modify and add properties to the User object:

In the code, we are updating an existing property of the document as well as adding a new property. Also, we are only sending the properties to be modified over the wire. 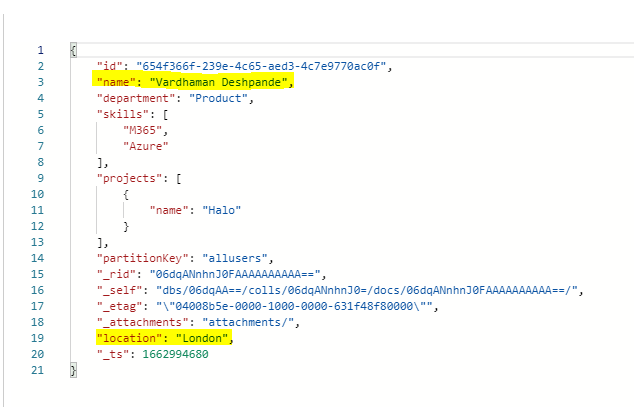 We can also send both properties in a single operation by adding the operations to the patchOperations array.

Just like document properties, we can also update single elements in an array in the document. Elements can be updated, added, added at a specific index and also removed from an array:

Update objects and their properties

Hope this helps! For more details, do have a look at the Microsoft docs for Azure Cosmos DB partial updates: https://docs.microsoft.com/en-us/azure/cosmos-db/partial-document-update

Posted by Vardhaman Deshpande at 12:53 pm